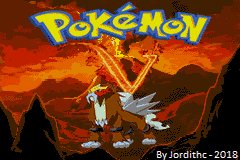 Pokemon Bizarre Version is a Pokemon GBA Rom Hack by HoennTM based on Pokemon Fire Red in English. And It is now available to download.

Also, be sure to check out Pokemon Black Orb

The mere presence of sardonic humour is enough. Some people’s attempts to be funny, as well as their outright stupidity, were highlighted by Hack. If you want to take the game to appreciate a few extra problems, the 386 performs the first three generations as well. Sevii Islands has many stories to tell, as well as its own gyms and a less interesting postgame.

Welcome to the Bizarre region, which is historically significant. There was a bloody war in the Bizarre Los community a few years ago. People from all over the province of Bizarre summoned powers of darkness to aid them in defeating their opponents; however, war is a defeat, as demonstrated by the king of the Los community, who threw a great weapon. The forces of darkness withdrew with the end of the war.

Years later, however, the evil organisation known simply as “shadows” is determined to free the forces of darkness once more. However, his path is not easy because you will soon find yourself making decisions that will have an impact on those around you, for better or worse. Which brand are you taking with you when you leave the country? Do you have any acquaintances? How far will you go to achieve your goals? You have complete control over the situation. When searching, you may encounter difficulties such as war, strong bonds with friends, and fashion. You’re going to burst out laughing. You’re even permitted to cry. You reveal secrets as well as the hidden motive. Your self-discovery journey becomes a matter of how much time you have to carefully examine the depths of your father’s past and what it will reveal. However, be cautious in your selection. You are not paying attention in this case.