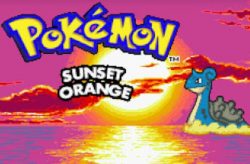 Pokemon Crown is a GBA ROM Hack by Blah based on Pokemon Fire Red in English. And it is now available to download. It was last updated on January 10, 2023.

Pokémon Crown is an entirely new gameplay experience. While it is still an exploration-focused RPG, we have combined many elements from other genres to create something truly unique. In Pokémon Crown, you will rediscover each Pokémon and how they interact with one another using our new Auto Chess battle engine! Play against interesting and unique teams while strategizing on synergy, placement, and type matchups! 6v6 combat like you’ve never seen before!

Pokémon Crown is a Medieval RPG set in the vast and magical Region of Guelder. Guelder, as a rich resource bastion, was thrust into a long-lasting war. Guelder triumphed after many years, but not without a cost… While the region was rebuilding, the King’s Diviner predicted a dual prophecy for the kingdom: a future of light and a future of darkness. Based on these visions, the King realized that unless something changed, the kingdom was doomed to more war.

The first Pokémon League, the Crown League, is established at the King’s command. As Guelder’s borders open to the outside world, a slew of new and powerful trainers have arrived to put their skills to the test. Can you seize greatness and triumph in the Crown Challenge? All Pokémon battles in the Guelder region are conducted in a unique style known as a Crown Battle. Master this mode of battle to become Guelder’s Champion!

In Pokémon Crown, you can explore the vast Guelder region, learn about its history, and join a number of guilds to learn the secrets of their trades.

Note: Online PVP is currently only available on PC. This is subject to change.