Your wishes have come true! Since the release of Mikelan98 and AdAstra’s excellent Pokemon Following Platinum hack in November 2021, many people have been requesting that it be combined with the equally amazing Pokemon Renegade Platinum (Drayano) hack to create “the perfect Gen IV experience.” The designers of these two hacks appeared to be (and most likely still are) engrossed with other projects, and the merging process would be difficult and time-consuming. As a result, I decided to take on this minor integration job on my own.

(23/8/2022 4:10 PM EST) v2.0 – Bug fix for the Aaron fight before Hearthome City—previously the game would crash if you lost the Aaron fight because you would have no pokemon alive during the scene afterward (usually Aaron heals you after the fight and you can’t try again), which is a case that isn’t handled by the original Following Platinum hack. I’ve changed this so you now wipe out if you lose the fight, working around this. The same fix has been applied to battleground and type masters. Thanks to everyone who pointed it out! Also, the obedience issue fix has been incorporated.

(17/1/2022 6:15 PM EST) v1.7 – Workaround for the inconsistent double battle crash. The slide-in animation for your following pokemon has been removed temporarily (the default Pokeball animation is used instead) for this workaround to prioritize playability until the authors of Following Platinum fix the root issue.

(17/1/2022 1:35 AM EST) v1.6 – Fixed type chart issues with stealth rock (thank you to u/chromarica for bringing this up). This did involve a risky process of redirecting the type chart, so let me know if there are any issues with type interactions. Also includes a minor fix for item icons.

(16/1/2022 1:12 AM EST) v1.4 – fixed the flavor / descriptive text issue when talking to your following Pokemon! Also, framerate unlock has been “fixed”—it has actually been in the game this whole time, but the text for the options screen was accidentally overwritten by Renegade text when I ported it over (thank you to u/Doofguy for pointing this out!). Now the text has been put back, and you may adjust the framerate accordingly in the options menu. 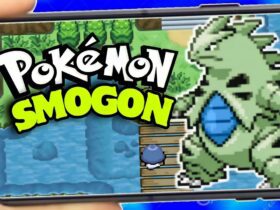