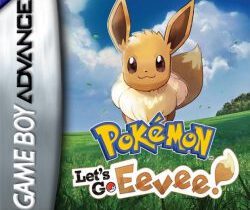 Pokemon Johto Adventures – Rebirth is a Pokemon GBA Rom Hack by Co500 based on Pokemon Fire Red Codebase/Engine in English and it is now available to download. It was last updated on April 4, 2018.

Also, be sure to check out Pokemon Johto League Showdown

This hack is unique because there are numerous hacks that feature the first season of anime or much later. The author, Co500, would like to have a hack of the third season and onwards. “An anime hack isn’t just about the first season,” he adds. Let’s take a look.

Essentially, Ash Ketchum makes a reappearance. His goal is to capture as many Pokemon as he can in order to become a Pokemon Master. To fulfil that desire, he must first collect the eight Johto League badges scattered throughout the Johto region. And our story begins when Ash comes across an unusual road on his way to New Bark Town. There have been numerous reports of two people accompanied by a talking Pokemon performing a variety of unusual acts. Can you guess who they are? It’s none other than our illustrious Team Rocket, made up of Jessie, James, and Meowth. Relive numerous passionate anime events from the past from then on.