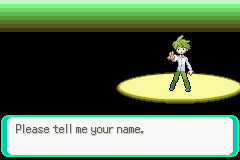 Pokemon Lightning Yellow is a Pokemon GBA Rom Hack by Shadows based on Pokemon Fire Red Codebase/Engine in English. And It is now available to download. It was last updated on April 30, 2018.

Professor Oak, who has a lab in the area, is the area’s primary leader. The story takes some unexpected turns as the game progresses and you find new pokemon to train and battle. Just like in Pokemon Greninja-Z, the professor is putting your skills to the test by lending you a pokemon to catch Pikachu at the start. You should go ahead and catch some awesome Pokemon as a new trainer in the area. However, because these missions are difficult for you to complete, it is up to you to figure out how to catch Pikachu first. These missions make you feel more proud if you finish them on time, but catching Pikachu this time is a huge challenge. It is, once again, dependent on your abilities. You should be able to do it if you’ve played previous versions of Pokemon Yellow.

All 151 pokemon from various generations are included in the game, each with their own set of abilities and powers. If you have mega stones, you can even change the spirit of some pokemon. You can complete the Pokedex if you want, but it is entirely up to you. Remember that each of the 151 pokemon has both post-generational and previous-generational evolution. Some Pokemon from Generation 6 are also present because they are more advanced and can thus be used in more complex and advanced missions in the game. Capture more intelligent pokemon in different locations as you progress and have some pokemon on your list, as in Pokemon Dark Diamond ROM. Pokedex entries can be updated as new pokemon are added to the list. All of them can be significantly altered by using some old class tactics and mega stones.

Changes have been made to the battle and war effects in the game’s battle system. Some battles also include fantastic legendaries pokemon. You can capture them and use them in battle. Once you’ve captured them, make sure they’re properly trained for the upcoming battles. The battleground now has new graphics, and the overall graphics have been improved to have a nice collection of colours and beauties everywhere. Because of the use of newer hacks and versions of Pokemon Fire Red, the attack effects and motions are more impressive this time around.