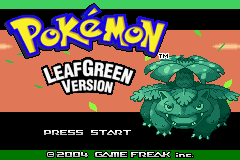 The King of Septo was assassinated one year ago, and his kingdom was stolen from him by two people known as The Dictators. Prof. Oak, the King’s chief researcher, was able to rescue the King’s only child and transport him/her to his hometown of Faris Town.

Now living with an alcoholic foster mother, you, the King’s only child and true heir to the Septo Region’s throne, must reclaim the region. You begin your own quest after Oak gives you a Pokemon. The goal is to depose the seven Barons (Dictator’s minions), each of whom rules one island. You’ll be able to conquer the island and get closer to the showdown with the two Dictators if you do so.

But there’s more to it than that. You will also be pitted against two opposing forces: Team Vine and Team Solar. Team Vine is a group of eco-warriors who fight to save nature in nefarious ways, while Team Solar is a gang of thieves who steal, pillage, and kidnap people and Pokemon alike.

The region of Septo is divided into seven main islands, with a smaller mini-island to the west. Here’s a short description of each:

The mini-island can only be accessed after completing all seven islands. The final bosses are on this little island.