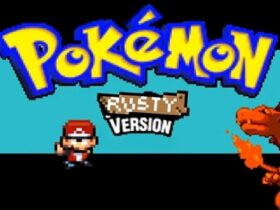 Pokemon Stadium Advanced is a Pokemon GBA Rom Hack by fuzzyketchup based on Pokemon Fire Red Codebase/Engine in English. And It is now available to download.

Also, be sure to try out Pokemon Stone Dragon.

For those who are unfamiliar with Pokemon Stadium, it is the first and only strategy Pokemon game on the N64 system. This game, unlike other Pokemon games Red/Blue/Yellow, does not have a traditional storyline; instead, it is a Strategy game in which players control a Pokemon and compete in a Pokemon Tournament. There will be cups, and players must use their characters to obtain those cups as well as an honourable title at the end: Tournament Champion.

Returning to Pokemon Stadium Advanced. Players will face a slew of the best opponents from around the world as they compete for the title of Champion while also putting their skills to the test. These conflicts will never be easy or peaceful. Let’s go!