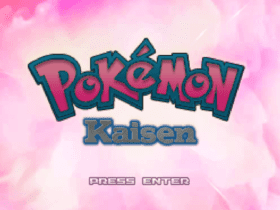 Pokemon TCG: Neo is a GBC Rom Hack by Cataclyptic based on Pokemon TCG in English. And It is now available to download. It was last updated on January 15, 2023.

This hack, Pokémon TCG Neo, is a nearly complete overhaul of the base game in terms of battling. Why? Because all the generation 1 cards in this game have been replaced with generation 2 cards, everything has been balanced.

Featuring your favorites from Neo Genesis all the way to Skyridge, so many cards have been added and replaced that it’s completely changed the way this game is played. Pokémon, attacks, abilities, and even a few trainer cards were altered to create a new battling experience. If you’re looking for a TCG hack with all-new pokémon cards, look no further and download the link below.

If you aren’t looking for a new way to play the old TCG, see the instructions below.

As previously stated, all 187 pokémon in this game have been replaced by generation 2 cards from real-life sets. This completes the real Johto Pokedex, with some Kanto Pokémon thrown into the mix. These cards’ attacks and abilities either reflect their real-life counterparts, come close to them, or I ignored them for a better attack. Trainer cards have also been altered, but not as extensively. In particular, though, Super Energy Removal is no longer in the game, having been replaced by Master Ball.

As 95% of the cards in this game are different, the dialogue, trades, and text in the game have also been altered to reflect that difference. In particular, there are now only 7 promo cards and EVERY card in the game is obtainable, so deck build to your heart’s content; no more Card Pop holding you back from key cards.

Speaking of which, every single NPC deck has been altered. Some even use completely different strategies. This is also true for the auto deck machines, of which I mostly just filled with ideas for fun decks that I had and the boss’s decks. One minor note: You can get the Imakuni? card after beating him 2 and 4 times instead of the 3 and 6 in the base. Another notable trainer- the guy who wants to steal all of your energy cards- no longer does so because that was annoying. You can now get a promo by being nice to him.

Finally, the tutorial duel has been eliminated. I’m going to assume you all know how to play the card game; thereby letting you skip the tutorial and go straight into the fun. The dialogue for learning the game has been unaltered, so use that if you must.

All of the new art in this game was done by me (Cataclyptic). I wanted to have a different feel from the base game, so instead of using mostly black and white + 2 colors, I tried to make each Pokémon as colorful as possible. This is my preference, so I’m sticking to it. If you want a poster of all the sprites, it can be viewed here https://www.deviantart.com/cataclyptic/art/Pokemon-TCG-Neo-Sprites-936162337 (Spoilers for in-game cards)

I can’t do anything about these, but all of them only minorly affect gameplay, so it’s fine. If any of you know how to fix them or what’s going on, feel free to comment below.

Although this game is completed, there are a couple of bonus things I would like to do but don’t have the coding skills to implement them. If anyone does know how to make these happen, then please comment below.