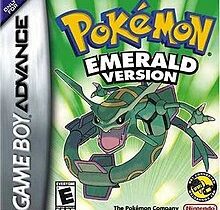 Also, be sure to try out Pokemon Top Secret

Pokemon Unbound is a GBA Rom Hack by Skeli based on Pokemon Fire Red in English. And It is now available to download. It was last updated on November 8, 2022.

Welcome to the Borrius Region, a historical region. Many years ago, the Borrius and Kalos regions fought a bloody war. The people of the Borrius region summoned a dark force to aid them in defeating their enemies, but the war was lost when the king of the Kalos region unleashed the ultimate weapon. The dark force was sealed away after the war, never to be used again. However, many years later, an organisation simply known as “The Shadows” appears to be bent on re-releasing the dark force. It’s up to you to put a stop to them and save the Borrius region from annihilation.

Unlike the first demo, this one does not include any gameplay related to the storey. This demo, which takes place entirely in the Battle Tower, is intended to showcase the new and improved battle engine. This does not, however, imply that gameplay time will be limited. If you enjoy battling, there will be plenty of opportunities to do so in this demo. There are over 100 different ways to battle with all of the available battle options (and thus over 100 different streaks to fight for). Furthermore, this demo is designed in the style of a mobile game. This means that when you begin the demo, you will be given three random Pokemon to battle with, and as you battle and collect daily rewards, you will be able to purchase new and stronger Pokemon.